Amorpha Youth Group is an informal team of young people active in youth work with a focus on the local community in Varna since 2009. Among its key areas of interest is urban art, in particular street art and graffiti. Organising activities of different format to encompass all age groups and skill levels among young artists, the group seek to help the development of the local urban scene with enhanced national and international collaborations. These activities include also large scale thematic projects, or murals. Such are:

The event aimed at young and beginner graffiti and street artists organised on a big, real wall in the city centre to inspire them to think big and imagine themselves as experienced writers and artists:

Another international visual project explored the cross-section between graffiti & street art and preserving the environment. Part of a European project to save the endangered species of the red-breasted goose, a festival located in its habitat in Dobrudzha, Bulgaria, hosted our international project where graffiti and street artists painted 4m and 12m cylinder tanks and containers dispersed in the fields by the coast:

Amorpha’s urban art initiatives include also international and local artist joint and solo exhibitions, sketch contests, formal discussions and informal meetings and workshops all aimed at supporting the development of the graffiti and street art scene and its artists of all skill levels (from wannabes to professionals). These activities also have an important social work aspect as work with the young artists often includes strengthening key social competences and self-awareness.

The initiatives includes an ongoing series of events such as introduction and working meetings; development of joint projects between the most experienced Bulgarian mural artists and young architects consulted by prominent local architects of different generations; presentations of painting materials and techniques, history of urban art, architectural heritage; public discussions on urban planning, urban arts and architecture; mural and joint project exhibitions at the house of architects and an architecture university department. Partners to the initiative are the Union of Bulgarian Architects and the House of Bulgarian Architects in Varna, and Varna Free University – Department of Architecture and Urban Studies.

In 2013, Amorpha participated at the local stage of the Bloomberg Competition with a developed concept for the method of introducing and renewing large-scale murals into the city as part of its cultural strategy for contemporary artistic development and citizen involvement. 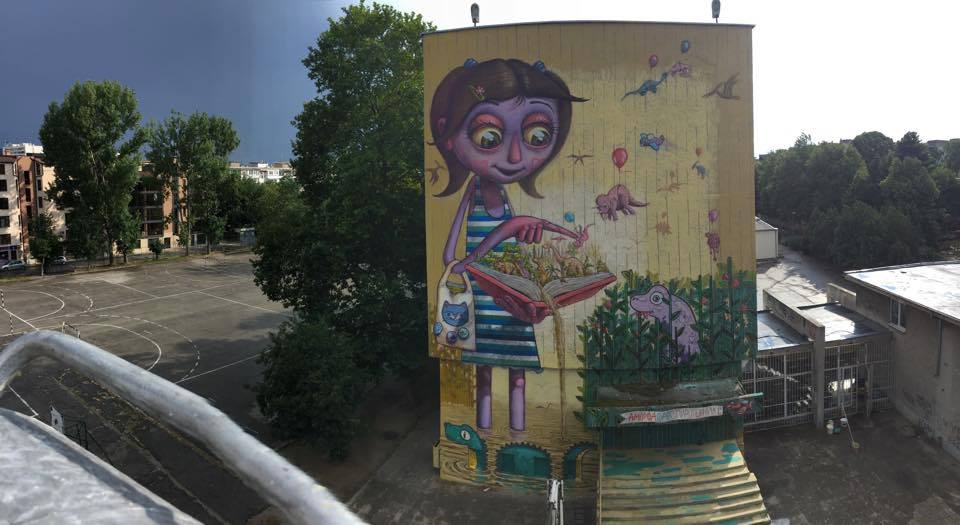