Welcome 2020! Interview on our achievements and prospects ahead

Home »  Amorpha News »  Welcome 2020! Interview on our achievements and prospects ahead 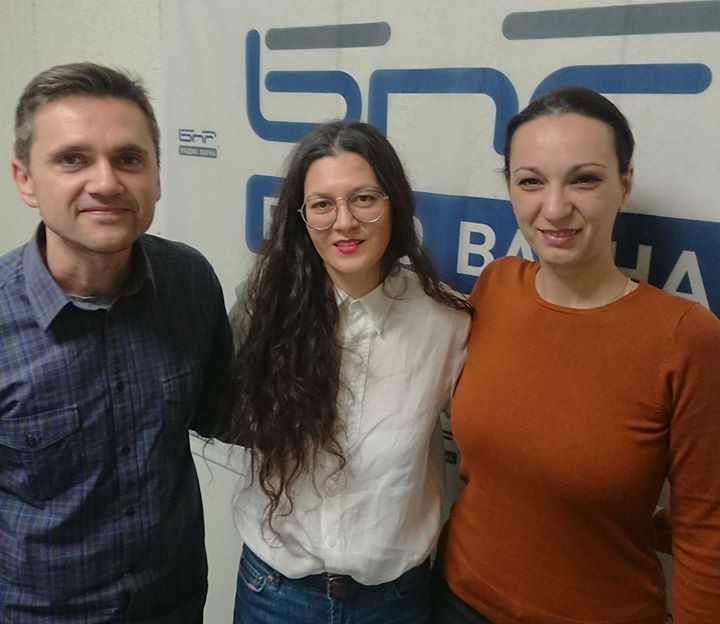 Welcome 2020! Interview on our achievements and prospects ahead

On January 4, 2020, Posted by amorpha , In Amorpha News, By Amorpha,Interview , With Comments Off

We are making our first steps into the new year speaking on air to the local audience in an interview for the state Radio Varna, Bulgarian National Radio. We accepted the invitation by radio hosts Dobromir Marzov and Olga Karova-Stoykova to join the first edition of their radio show “Ulitsa Sabota” (Saturday Street) for a smooth transition of ideas and activities from 2019 into 2020 and our common goal to strengthen the local community.

It is a big honour for Amorpha Youth Foundation to be joining this show yet again at the start of something new, being also the first feature on their interview series ‘Pavement Talks’ back in May 2019. We thank them for the recognition expressed in this interview that Amorpha’s work in the city and our Breakwater Talks series, in particular, had inspired them to create their own on air talks.

Once again, we received thoughtful questions and were prompted to share with the listeners a bunch of our interesting stories about people, places, processes and ideas. And with years of activities and interaction, Amorpha already has plenty of stories to tell.