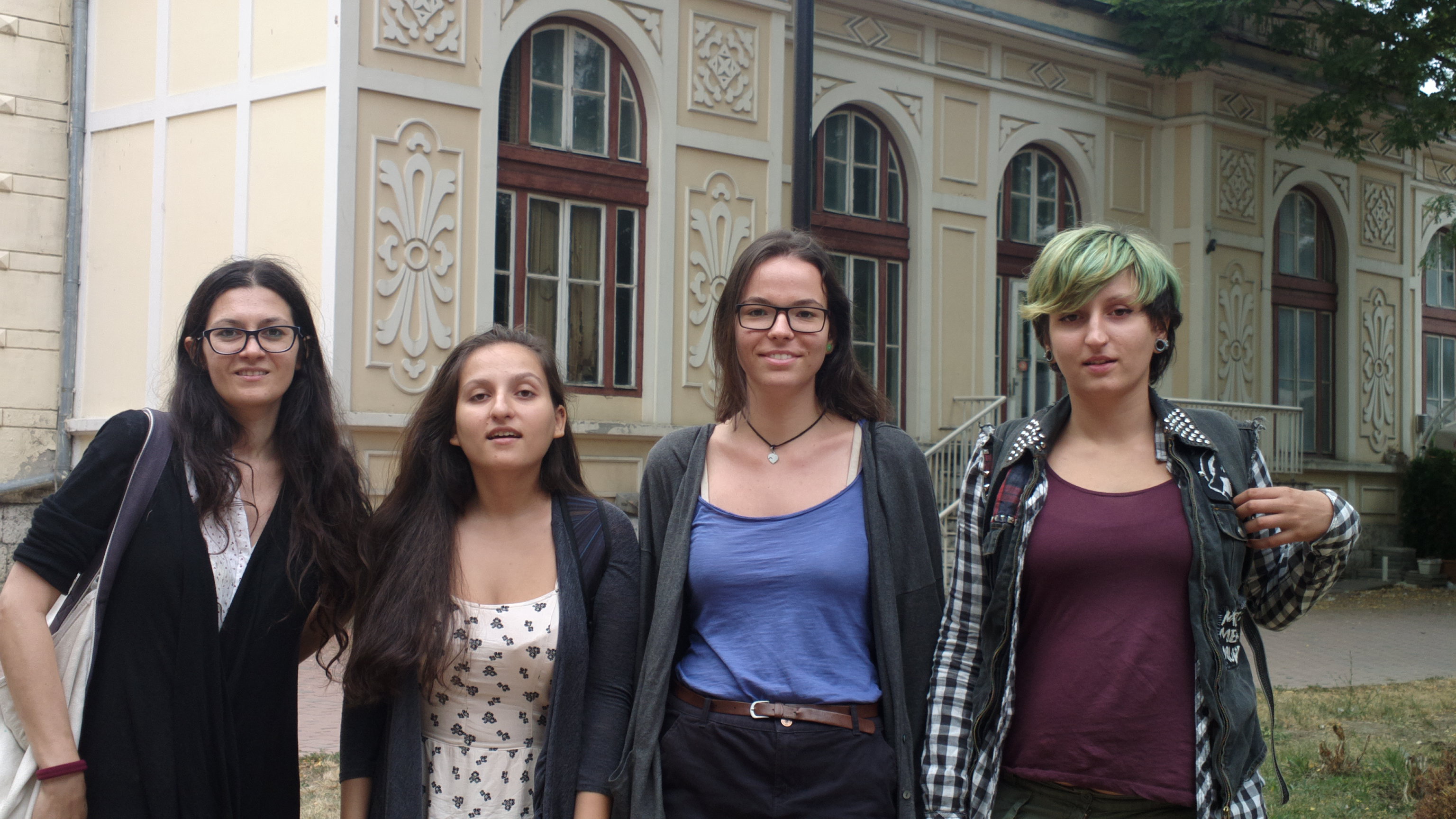 Interviews at Local Markets in Varna is an initiative dedicated to International Youth Day’s 2016 theme of sustainable consumption and combating poverty. Our researchers are three 18-year-old young women who have just graduated from high school in Varna and are on their way to leave the city to begin their university student life elsewhere. Their first steps in journalism and research are aided by Amorpha team and young journalist and literary writer from Sofia, Bistra Velichkova, invited by the team as consultant to this initiative. The objective is to build capacity in young people to research topical social issues as well as to present the diversity of viewpoints and arguments to the community.

By Maria Tsakova
Maria, 18 years, has recently graduated from First Language School in Varna with German. She is enrolled in the bachelor programme in Public Relations at New Bulgarian University, Sofia.

Today, at Amorpha’s invitation, a group of four – Nevena, Stanislava, Maria and I – gathered to collect stories from small independent producers selling at the local markets, or pazars, in Varna. In the context of the International Youth Day, 12 August, and its 2016 focus ‘Sustainable Consumption’, we wanted to give adequate input on the topic which would be both useful and interesting, so these people’s work is better appreciated.

We began our journey at Chataldzha market where people were sitting and selling on the ground just by the traffic light. They had placed their fruits and vegetables (probably illegally) on the pavement. While we were buying their very tasty cheap tomatoes, we gradually got to know them. Some of them were surprisingly friendly.

We continued through Kolhozen pazar, a former kolkhoz market, then the Monday market Ponedelnichen pazar, and ended at Sinia pazar, the Blue market, next to the town’s clock. Among the countless salesmen we managed to find a few, who don’t buy anything from the wholesale market but instead grow their produce in their own greenhouses and plots and live off them only.

Walking by a stand full of melons and watermelons, we couldn’t resist that strong smell of real fruit and stopped to ask how they managed to make it in the competitive market around them. It was impressive how calm these people were despite their difficult lives. They gave us very valuable advice about agriculture and life in general. In their ordinary path, they had become impressively wise. These stories gave us a vivid picture of how a sustainable way of life functions and how different and individual every story is, even though it leads to what looks like the same present.

The stories and the interviews will follow here very soon. 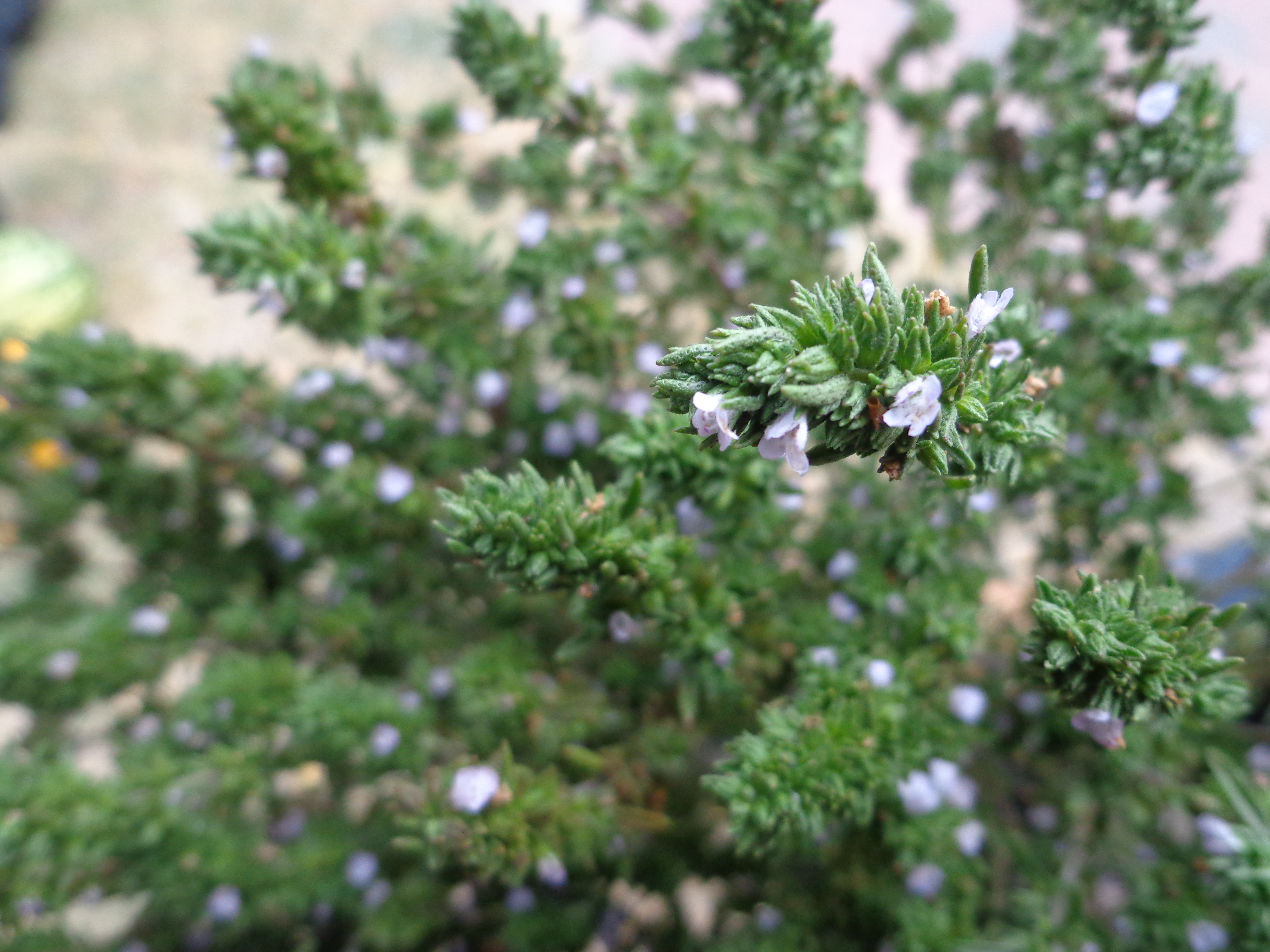 Interviews at local markets: Love and Bravery in a Sprig of Savory

We publish here the first of three articles in the series ‘Interviews from local markets in Varna’ dedicated to International Youth Day’s 2016 theme of sustainable consumption and combating poverty. We start the interview series with the personal story of Zlatina and the bond between land and family.

Zlatina is 38 years old. We met her at one of Varna’s markets, where she sells tomatoes, fresh herbs, zucchini and onion. She was our first attempt for an interview as candidate journalists and explorers. We took up our task as a challenge despite our beginner’s worry. Hence, we decided to break the ice by buying the savory whose intense and captivating odour proved without doubt it was harvested earlier the same day. Zlati agreed to tell us her story easily. She was surprised that we were interested in her.